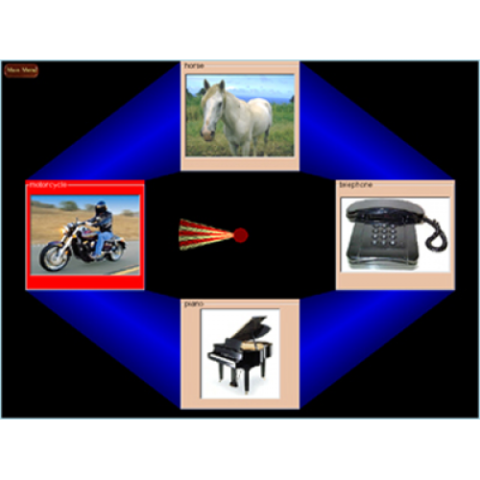 Get notified when this product's page in the Unified Listing changes

If you want to get email about product updates, you will need to sign up for an account with the Unified Listing.

With an account, you can get email updates on specific products, categories of products, companies' products, and even custom searches for products.

You are already subscribed to email notifications for this product. To manage your subscriptions, visit the Email Notifications tab on your user profile page.

You have successfully subscribed to email notifications for this product. To manage your subscriptions, visit the Email Notifications tab on your user profile page.

This product is also listed in these partner sites:

The Cause & Effect series is a software series designed to teach the basic principles of cause and effect to the student.

Intro to Cause & Effect

Made up of 16 lively activities with an amusement park theme. Each activity can optionally be played with a field of 1, 2 or 3 segments. The activities are errorless and no prior knowledge or understanding of any of the activities are needed. Animation for a segment is initiated by a single switch, touch screen or step scanning with 2 switches.

12 segments with a factory and assembly line theme. This program is an age-appropriate cause & effect program but can also be used with younger children for its sound and graphics.

A simple cause and effect program that is age-appropriate for older as well as younger populations. This program is made up of 90 film clips covering 10 categories.

Includes Cause & Effect Amusement Park, Factory, and Cinema, plus an additional title, "Wheel of Sounds."

Intro to Cause & Effect includes these features:

Cause & Effect Factory includes these features:

Cause & Effect Cinema includes these features:

Back to search results

If you see an error or omission or if you have any other comments, please let us know